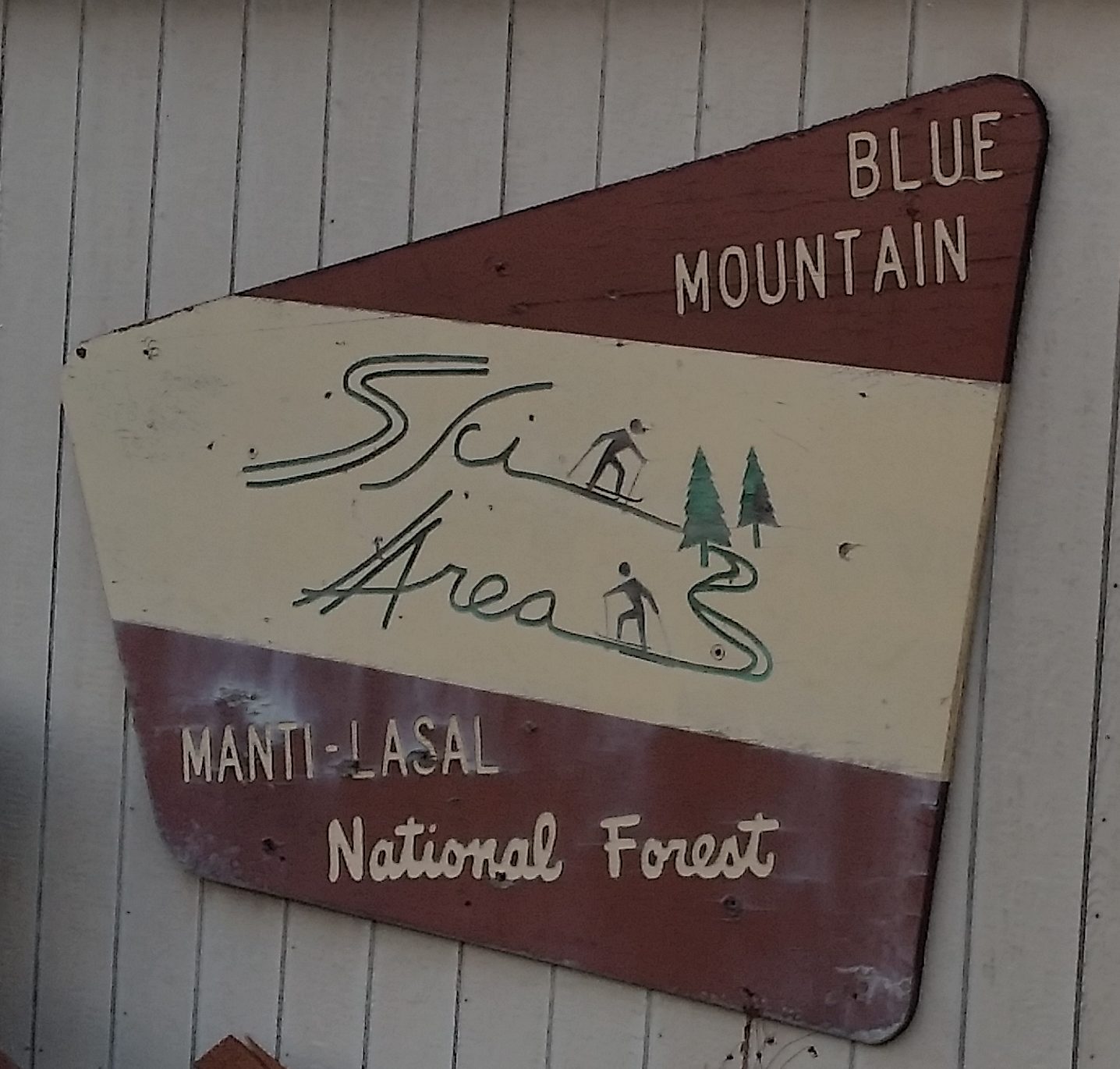 If you have ever made the journey south from Moab, you may have seen a mountain range silhouetted in the distance. These small peaks are known on maps as the Abajo‘s, named by Spanish explorers in the 1700s, but to locals and long time desert dwellers, they’re known as “The Blues”. Situated between the towns of Monticello and Blanding, they rise at their highest, 11,360 feet from the ground. Much smaller than their sister range to the north, the La Sals, which hold the second tallest mountain in Utah, Mount Peale. 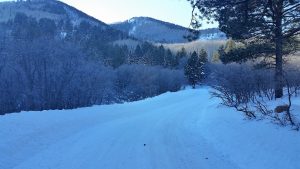 Hidden in groves of aspens and evergreens lies a relic of one of Utah’s greatest past times, skiing. Blue Mountain Resort was the first lift serviced resort in southeastern Utah, and one of the first to open post World War II. On the northern facing slopes, you will find the remnants of the old resort, views of the San Juan’s in Colorado, the La Sal Mountains and the desert lands between Monticello and Moab. 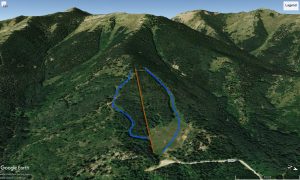 Opened by Victor Schafer in the 1950’s, today all that remains are two cleared but overgrown runs, a parking lot, and a dilapidated base lodge. But in its golden years, from the 1950’s to 1990, it was a gem of the Four Corners, with skiers coming from Moab, Blanding, Monticello, and even as far as Colorado to enjoy the chilly slopes. Blue Mountain was able to offer ski rentals 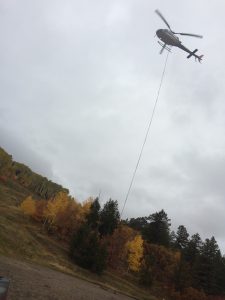 and lessons, getting people with little to no experience out on the hill. It’s said by locals, “if you can ski blue mountain, you can ski anywhere.” The main slope was considered pretty steep, especially for beginners. Lift tickets never rose above the cost of pocket change which made it easily affordable for families in the rural desert. With a choice of a T-Bar and an old school Polma, skiers had quite the variety.

Unfortunately for the Blue Mountain Resort, its remote and small nature held much less appeal than the bigger resorts on the Wasatch front. In 1990, the resort spun its lifts for the last time, and the small following of Blue Mountain took their last runs that winter. Many speculate why the resort closed, but the biggest contenders were the lack of snow throughout the years and an expiring lease with the forest service. The owners and visitors tried their best, but in the end the resort had sparse seasons, covered in deep powder some years, and others just a light dusting of snow on the ground, not enough for guests to ski on. Although the resort was North facing, which kept its boundaries frozen most of the winter, it received far less snow than other areas of the state. Lack of snow lead to lack of visitation, which in turn led to financial downfall. Dedicated locals were happy to help with care and upkeep, but volunteer work only goes so far in the long run. 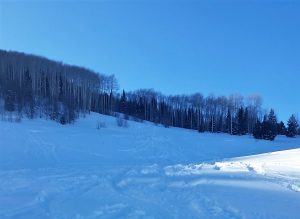 Families still come to enjoy the area, but for reasons beyond skiing. You will find snowmobilers ripping through icy powder, and children flying down the hill on sleds and tubes. The area has also become a popular spot for back country skiing, Nordic skiing, and snowshoeing, with a winter recreation club forming there, a small revival has happened. You will find back country skiers skinning up the steep slopes in search of powder stashes, and tree filled glades. Other winter recreation trails have opened within the vicinity, providing adventurers with a unique experience, offering serene and tranquil solitude. Regular grooming of Nordic and snow shoe trails occurs throughout the winter and the Manti-La Sal National Forest, which owns the land, even regularly posts avalanche forecasts in the winter, giving snow enthusiasts the information they need for a fun and safe time.  There is even a ski hut available for rent nearby at www.roamutah.com 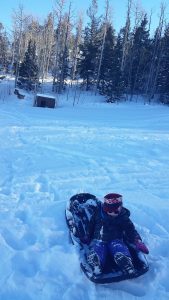 Sledding near the last remaining structure

The Forest Service eventually removed the old lift towers and cables which had become a hazard to folks recreating in the area. 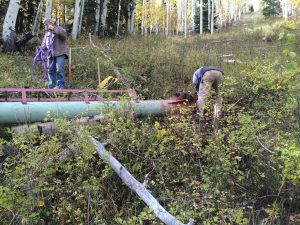 Although it’s been 27 years since its closing, the spirit of Blue Mountain remains very much alive among locals and curious travelers looking for a peaceful back country adventure. Did you grow up skiing Blue Mountain? If so we would love to hear memories of your time spent there and would treasure any photos you would be willing to share.  Email us at [email protected] or check in at our facebook page.