Its been very dreary in Moab lately. It seems as if storms are on the horizon at any moment. Clouds seem to cover the area, and fog conceals the snow-covered red sandstone scenery that curates the character of this usually warm, vibrant, eclectic desert community. However, if you take a short drive to higher elevations, you’ll soon find unseasonable and unlikely clear and warm conditions. Better yet, if you look down on the town of Moab, you’ll see that it’s cloaked in a blanket of soft, fluffy clouds. This is a phenomenon known as a temperature inversion. 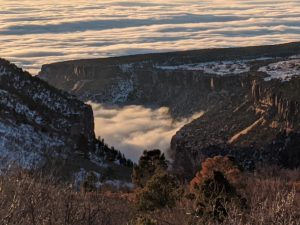 Mill Creek Canyon above the inversion.

Warm air generally rises, this is why it’s warmer in your house upstairs. In normal conditions, the warm air in the atmosphere rises and pushes the cold air up. Usually, this warm, rising air carries convection, smoke, and pollutants into the upper atmosphere’s cold conditions. However, if the temperatures have been reversed and the air up high is warm and the air down low is cold, the cold air cannot rise into the warm air. This creates the cloudy, foggy conditions in low elevations down in Moab. The clouds that are normally high in the sky are now near the ground. If you go to higher elevations where the air is warmer, you can look down at clouds that should normally be in the sky.

How the Atmosphere becomes inverted 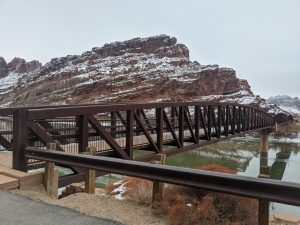 The Colorado River below the inversion.

In normal conditions, the sun heats the earth’s surface during the day and the earth generally retains that heat. That’s why you can’t walk around barefoot on the pavement on a hot summer day. That warm air rises from the earth’s surface and pushes the cold air up into the atmosphere. However, when the earth’s surface becomes significantly cold, the sun does not have a chance to heat it. These conditions often occur after a snowstorm or significant, prolonged cloud cover. The cold air remains in the lower elevations and warm air from the sun cannot penetrate it from above. Heat rises, cold air doesn’t.

The Dangers of inversions 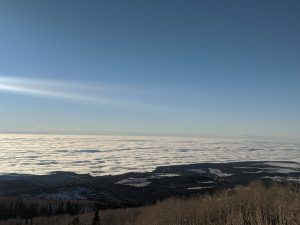 A sea of clouds blanketing Moab.

Temperature inversions generally materialize in valleys and low areas surrounded by higher elevation terrain such as mountains or canyons. They can potentially be a hazard to health in big cities or industrial areas such as Mexico City and Salt Lake City. Pollutants and dangerous chemicals that have been released into the air may not be allowed to rise and dissipate into the upper atmosphere as they normally do. This could mean breathing in potentially hazardous particles and may lead to adverse health effects.

If you haven’t gotten a chance to head into the higher elevations to check out the strange and beautiful conditions currently occurring, It would certainly be worth your time to look down on the clouds over Moab. The Loop Road into the La Sal Mountains usually gets above the clouds.  Also, you can try Dead Horse Point, and Canyonlands Island In The Sky, but reports are they are still in the clouds most of the time.  Make sure to stop by the shop and grab any last-minute supplies you’ll need. Go check out a Sunrise and a Sunset over the clouds of Moab! 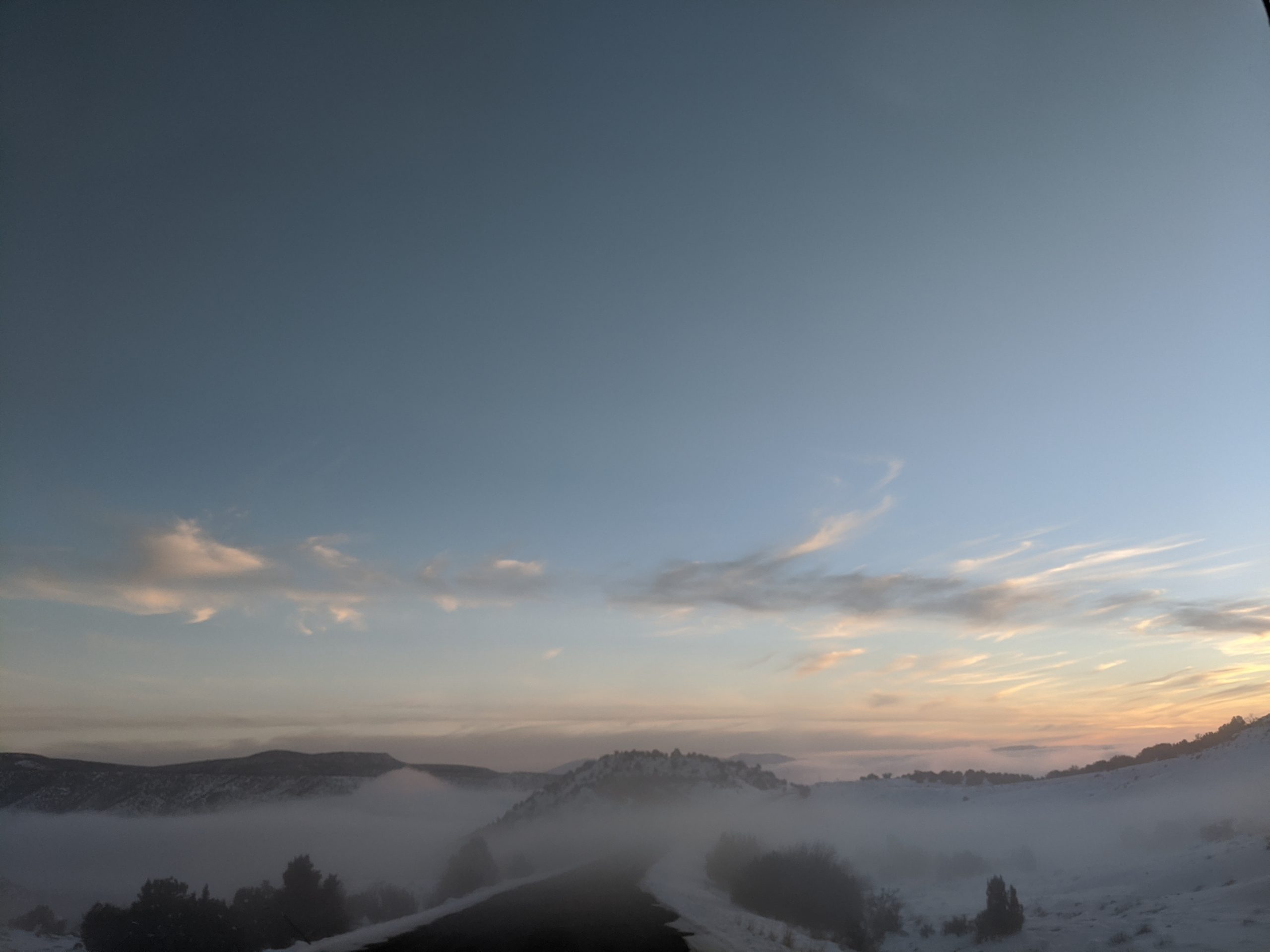 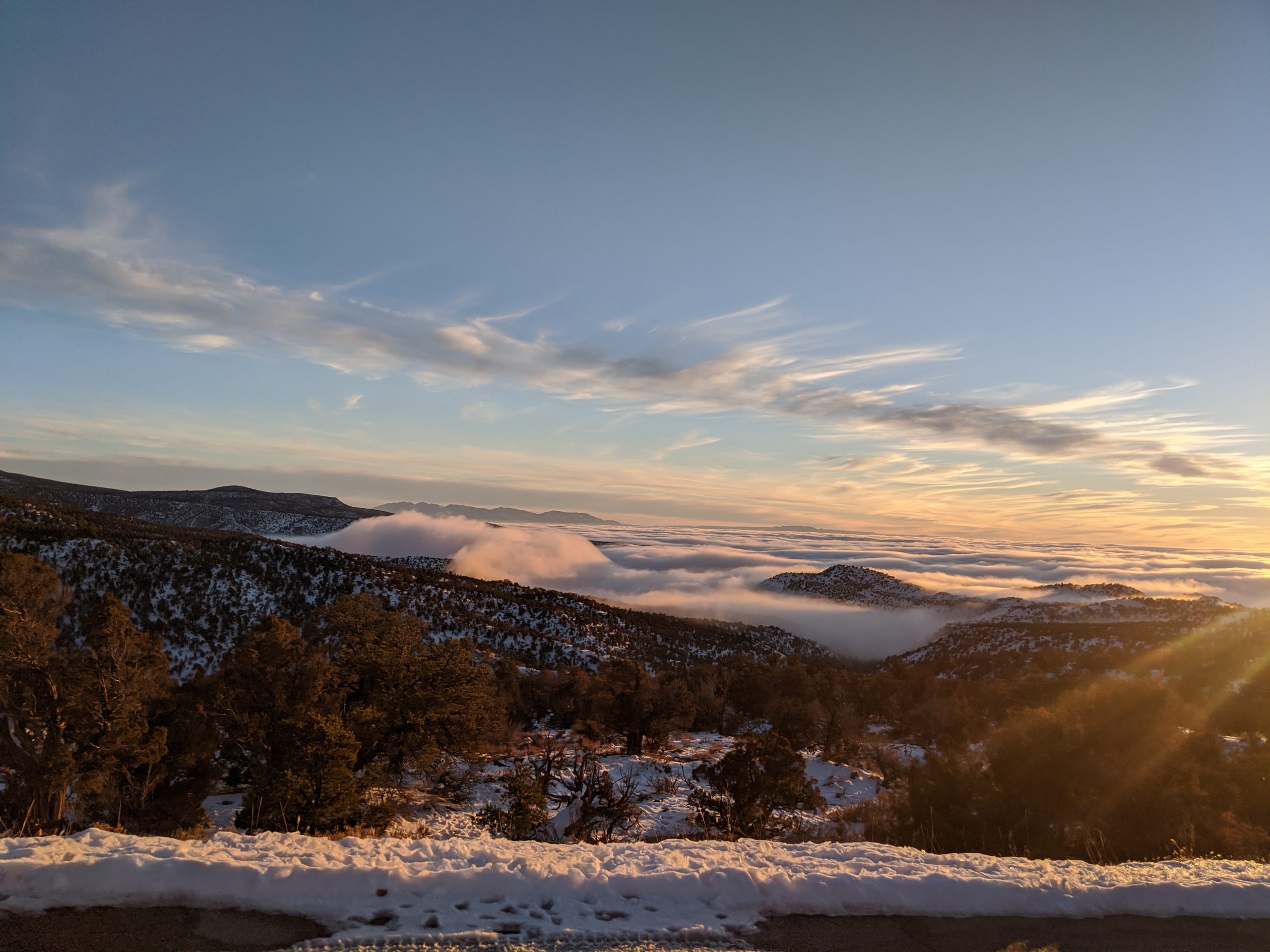 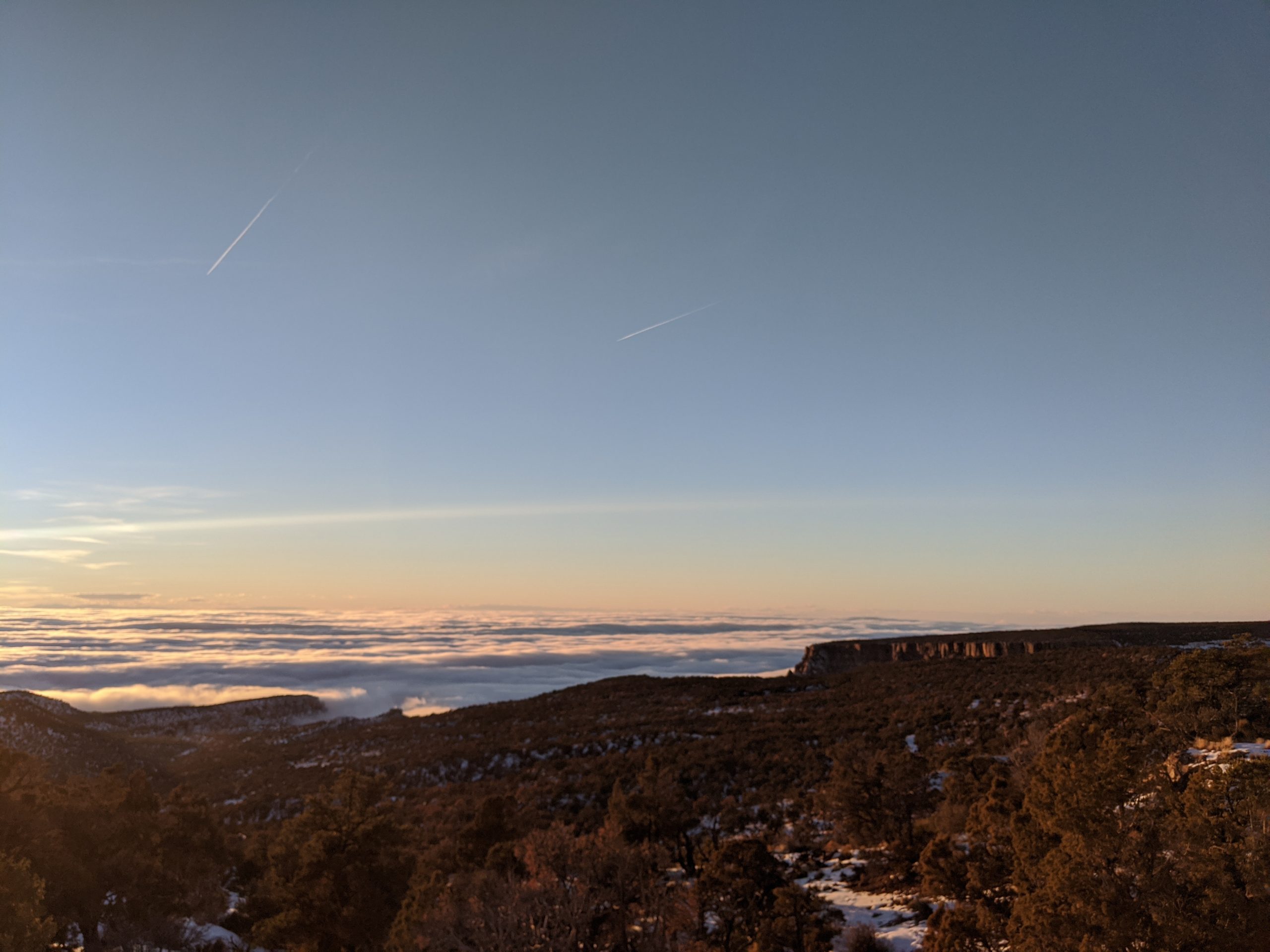 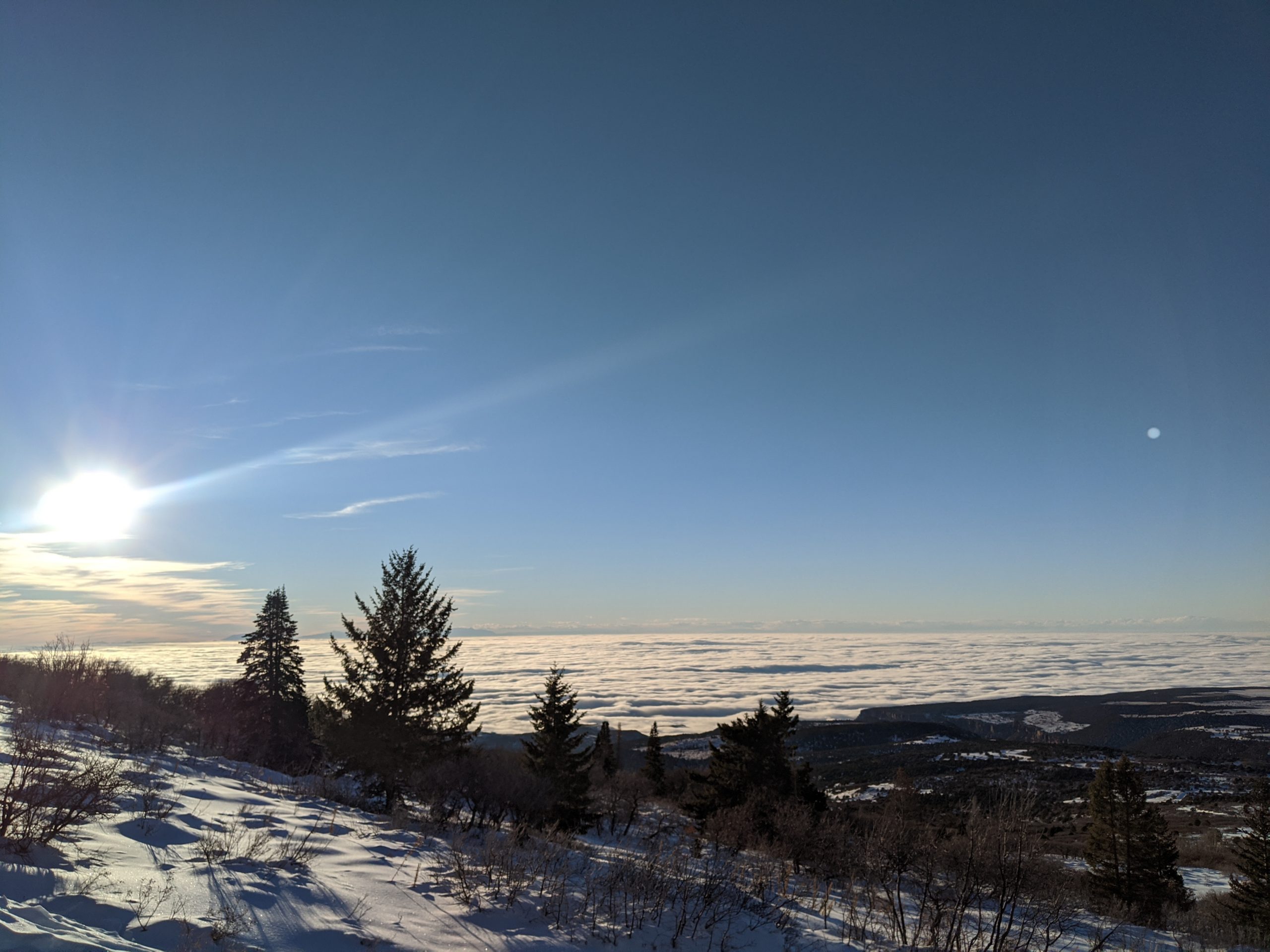 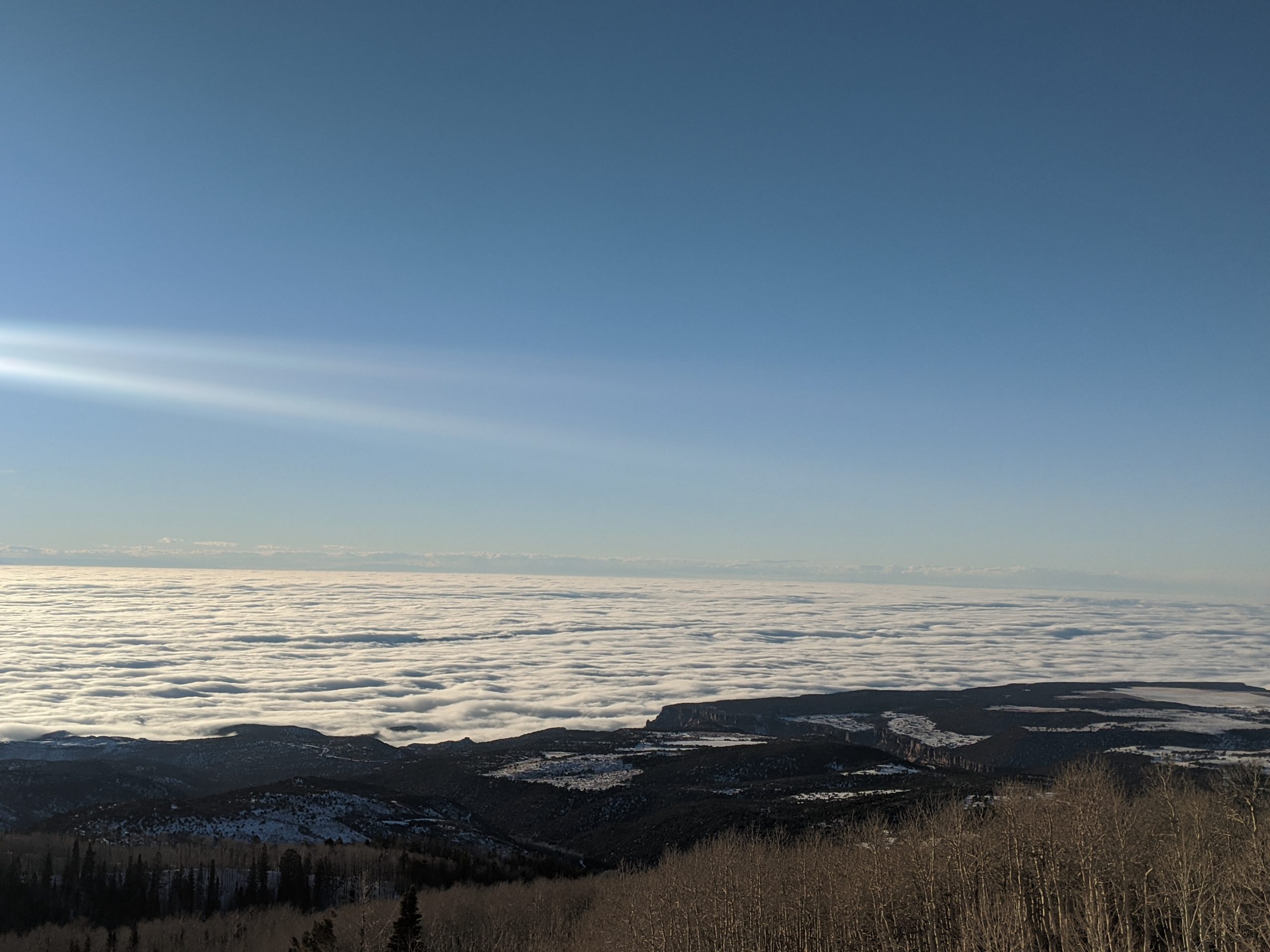 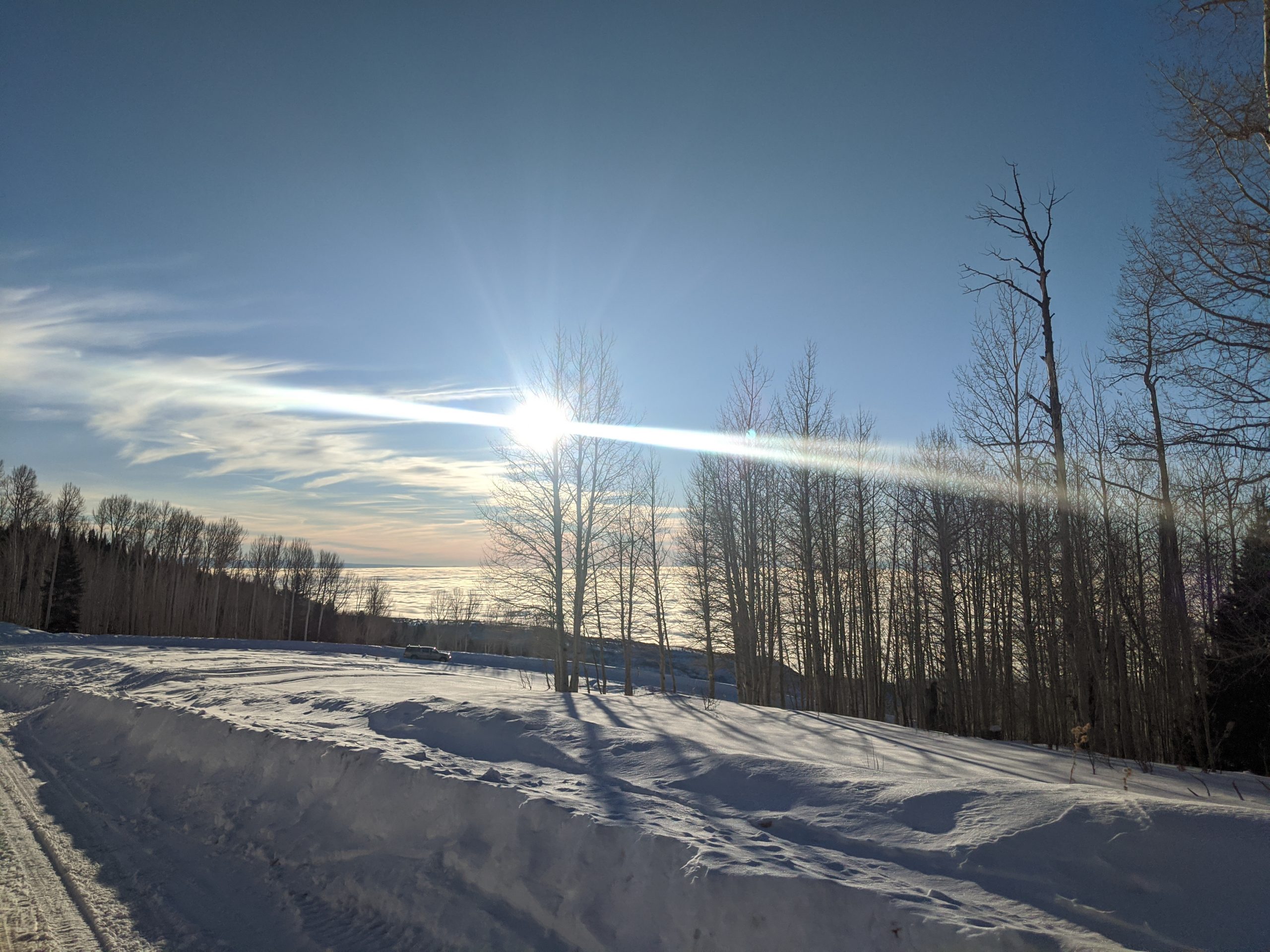 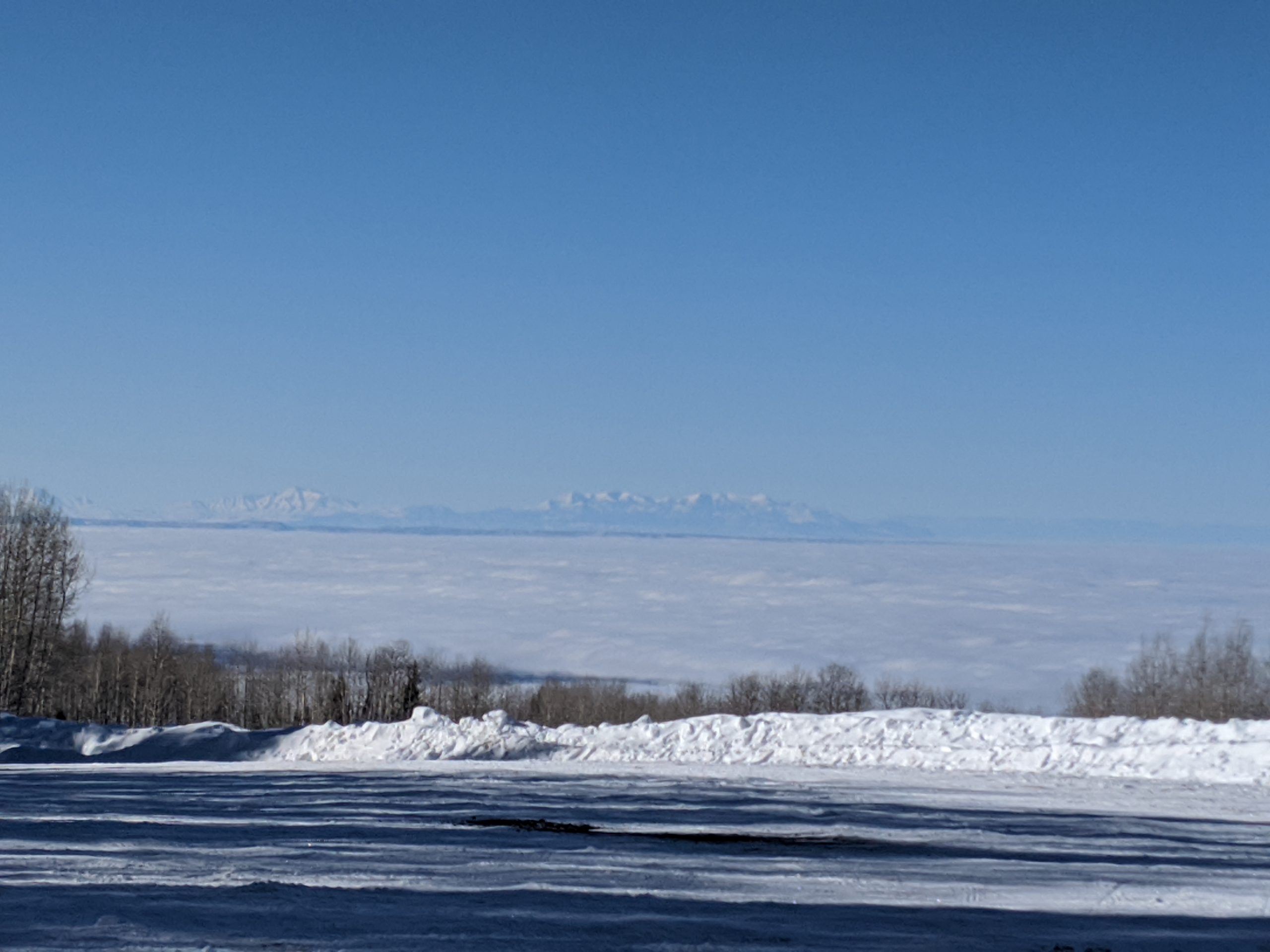 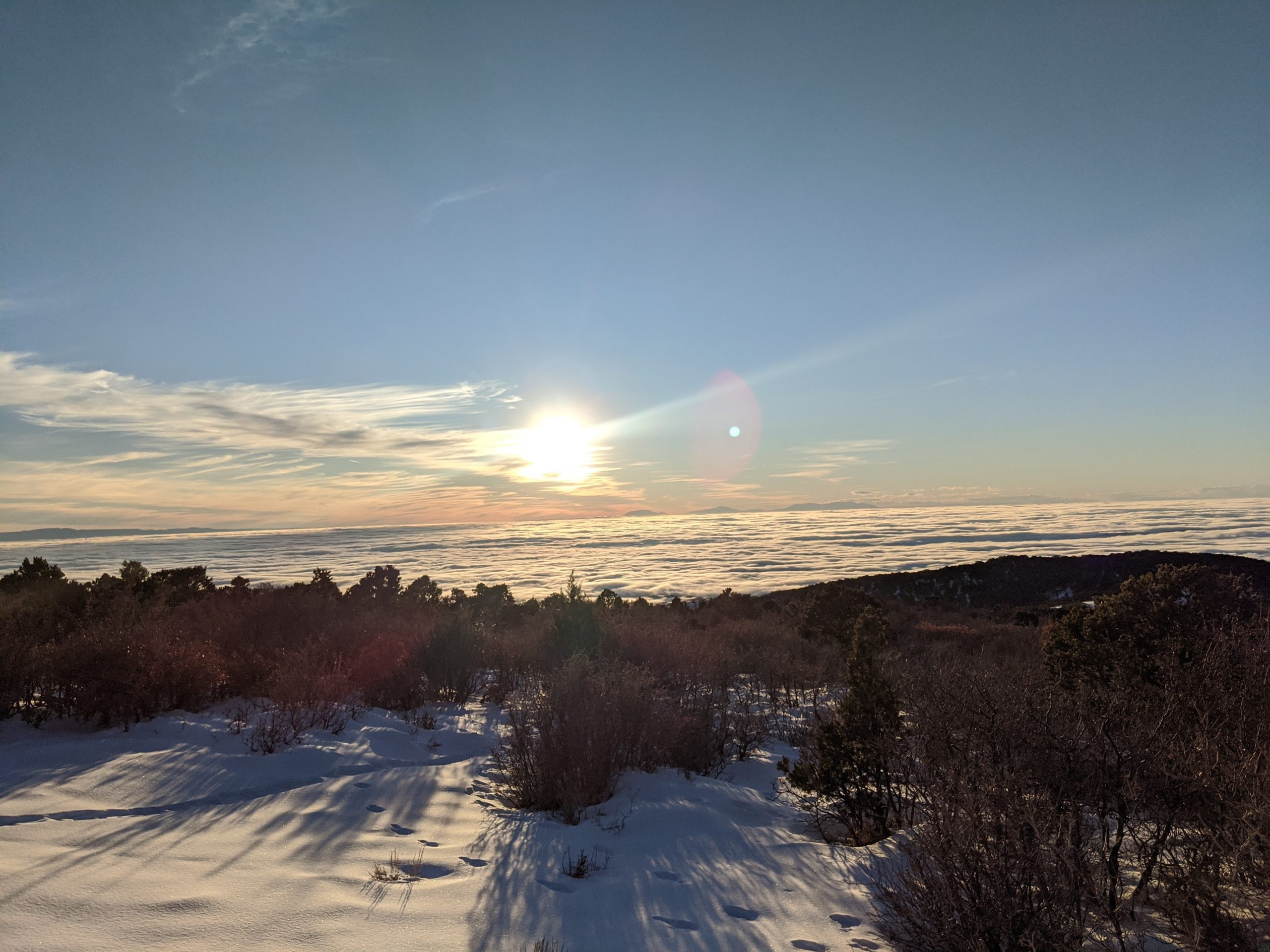 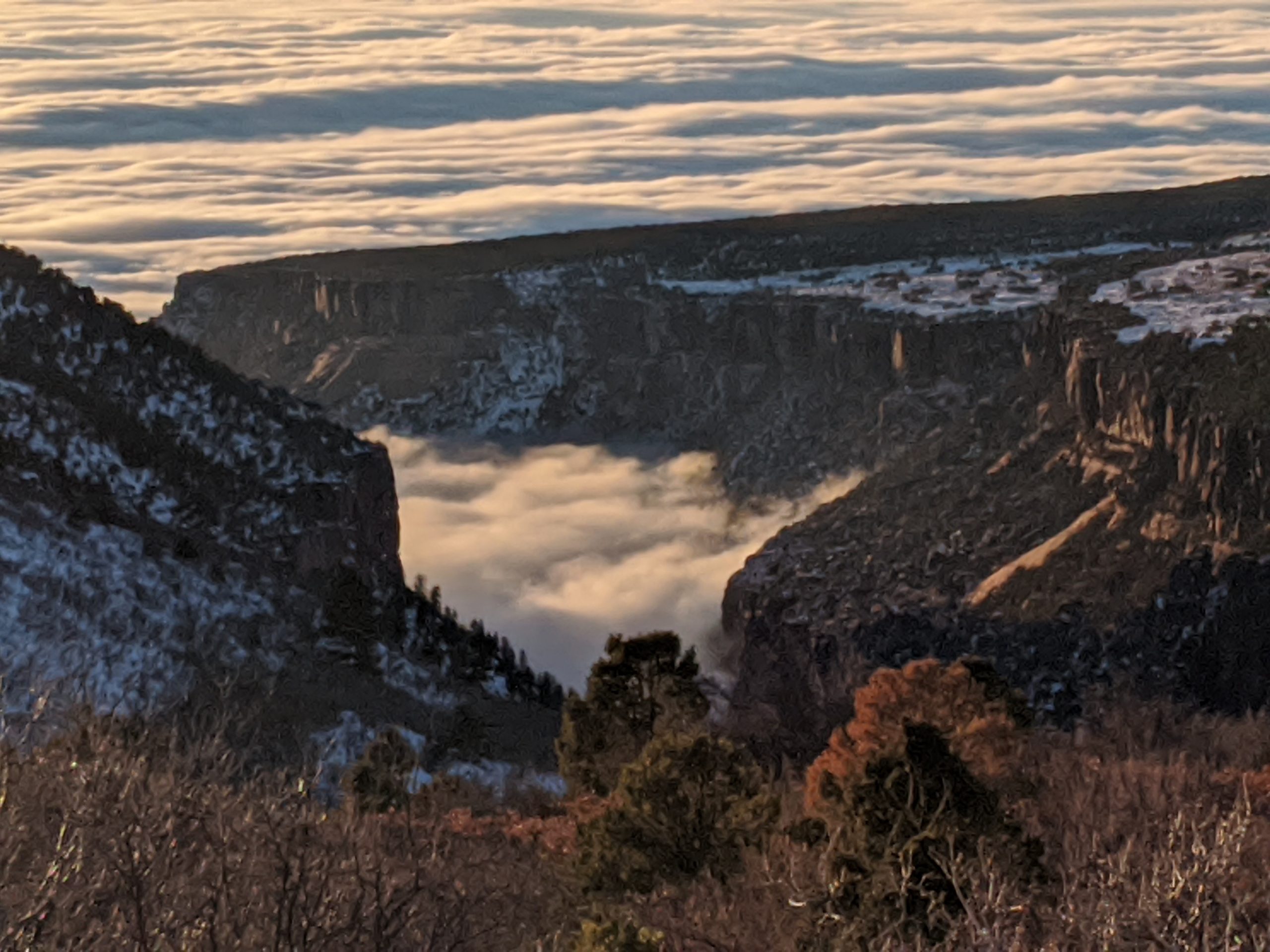 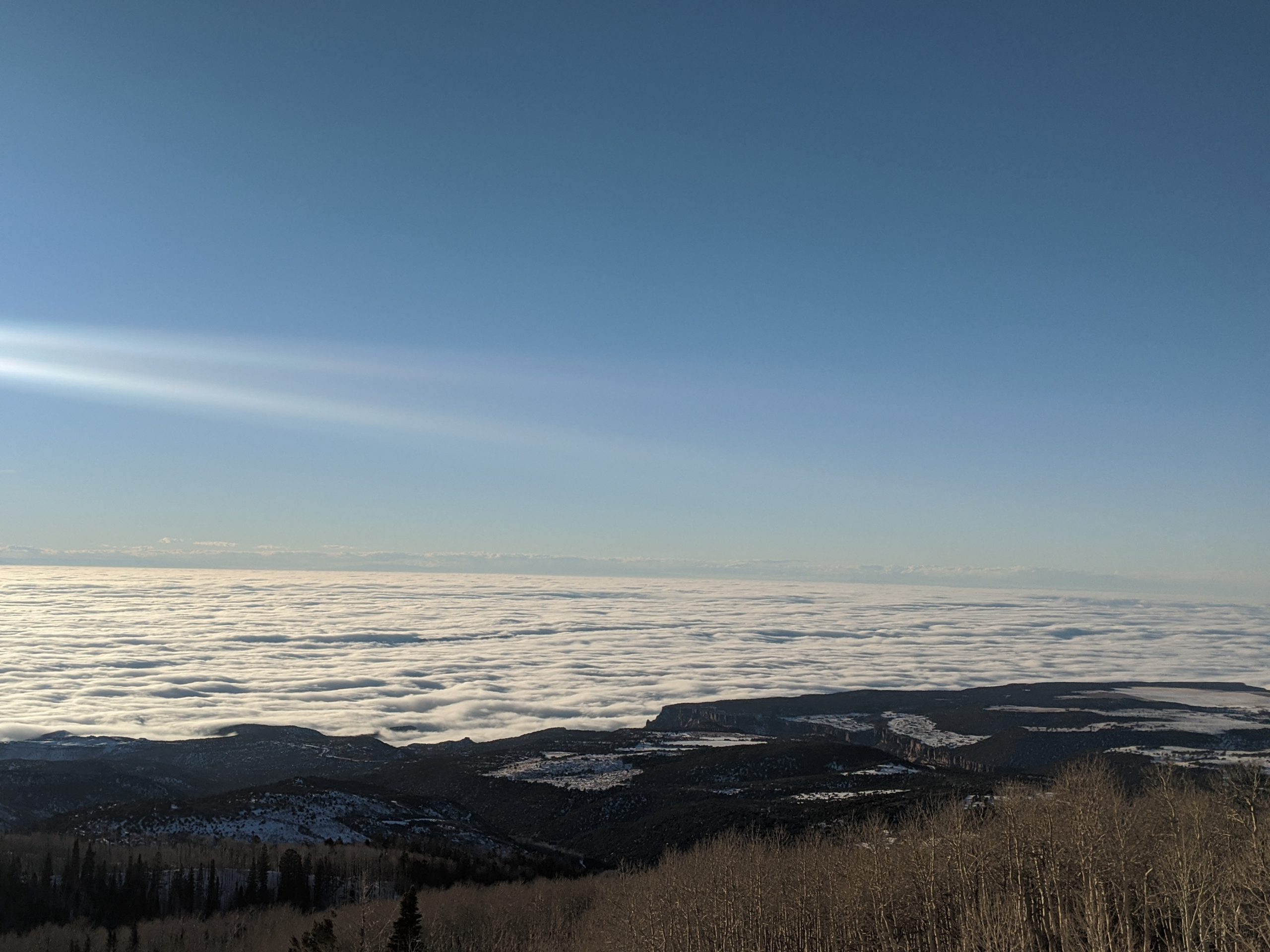 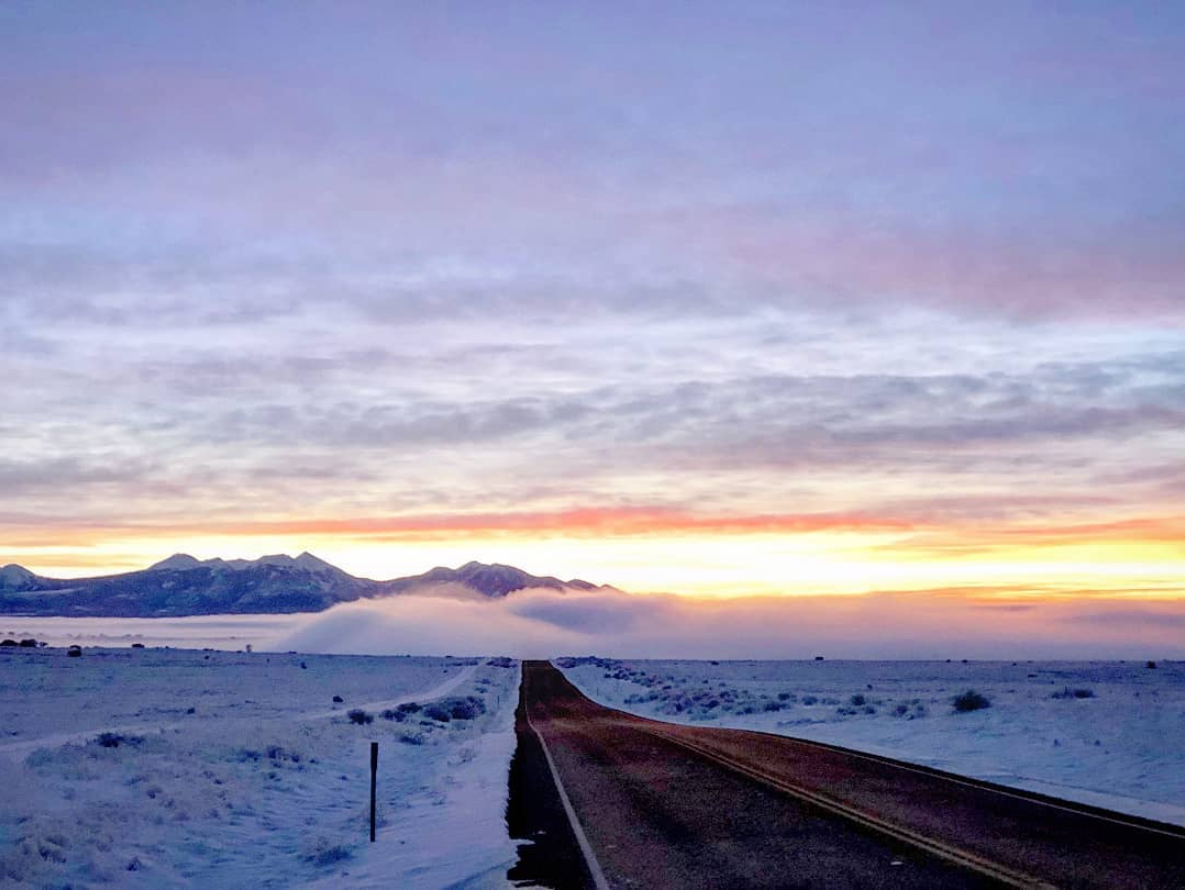