Loads of new snow have limit our access to the trailhead, therefore there will be no grooming this weekend.  Seems like the perfect opportunity to go somewhere new and unexplored.  Here are some suggestions for Nordic skiing and snowshoeing. 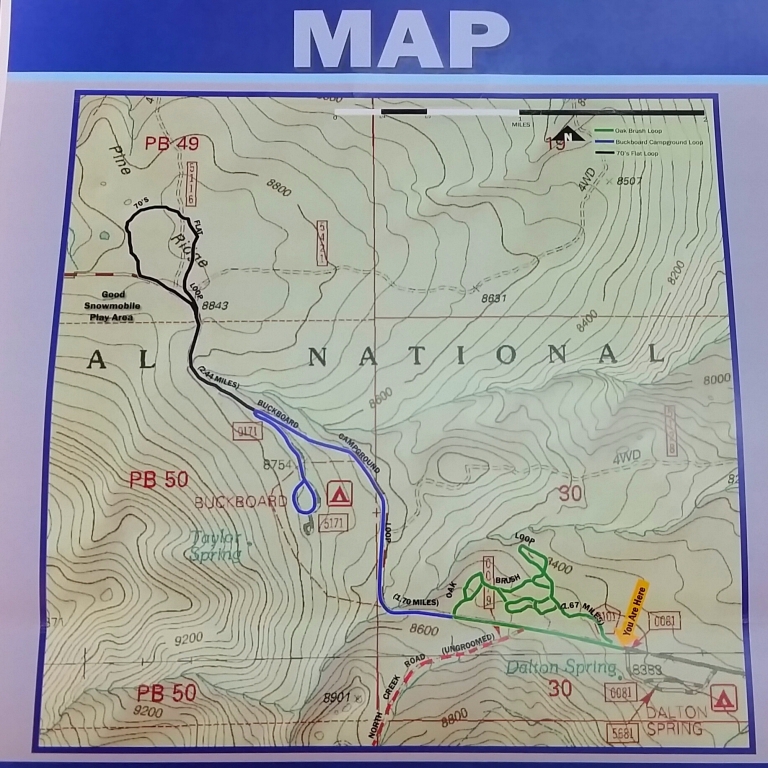 Geyser pass road has not been plowed since 1-13-2017.  There has been significant snowfall since then.  The Utah Avalanche Center is reporting that some vehicles have made it to the trailhead with chains and to not expect plowing until at least Tuesday.

Don’t feel like getting stuck today?  Want to go skiing instead of waiting for a someone else who got stuck?  The La Sal Mountains are vast, and the options are endless.  Go explore!  The best part about the road behind impassable is that it means there is snow everywhere!  We are well stocked in Nordic touring gear that makes exploring off trail easy and fun.  We have wide Nordic skis with metal edges and backcountry bindings.  We are open from 8 to 6 everyday, come in and say hi!

ANOTHER storm will affect us today through Tuesday.  The mountains are under a winter storm warning until Monday Night and many inches of snowfall is expected.  Moab should see some rain/snow mix.

With new snow comes increased avalanche risk.  If you choose to head into avalanche terrain, please use extreme caution.  Or just stay off the steeps for a few days and enjoy some stress free laps throughout the numerous low angle meadows scattered around the mountains.  Stop by the shop for suggestions or to look at our new map.  Don’t forget to visit our own LOCAL avalanche forecast: https://utahavalanchecenter.org/advisory/moab.  There you can also find weather, road, grooming, and backcountry ski conditions.

Snowfall late in 2016 was all well below average, but fortunately we have an abundance of the white stuff in most of the mountain ranges of the west since the later half of December onward.

January – Some parts of Utah & Colorado saw over 300%!! of average precipitation so far in January. 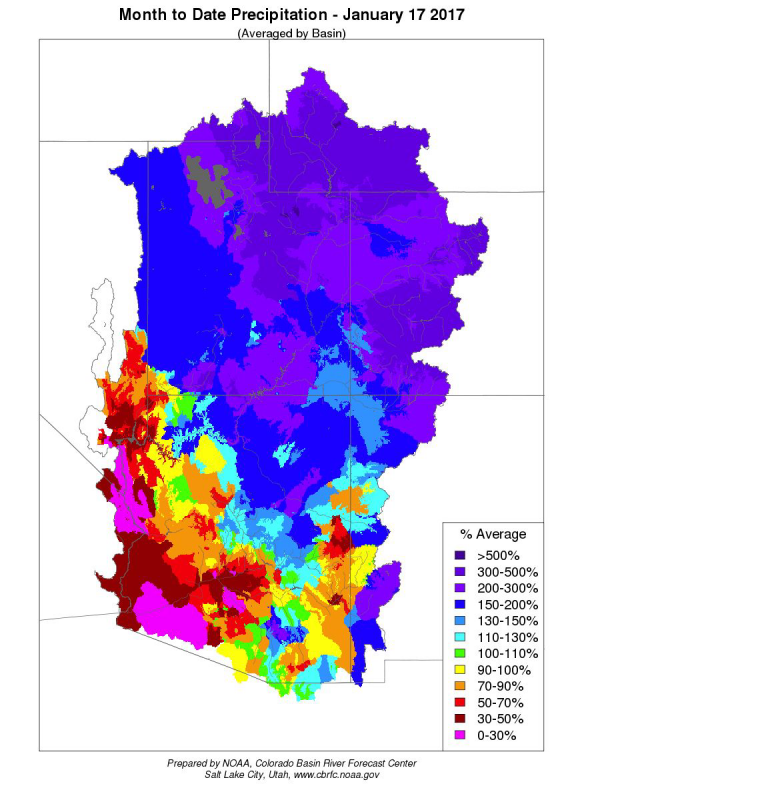 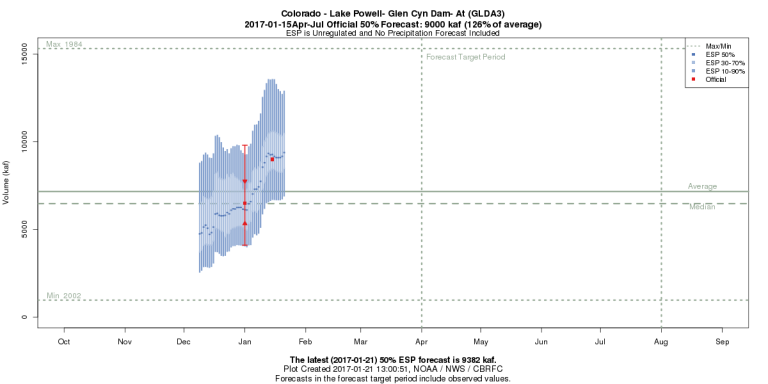