Here is a little series called “What’s Poppin!, and I am going to highlight flowers that are in bloom right now in and around the Moab area.
Here is Newberry’s Twinpod or Physaria Newberryi, and it is in the Mustard Family (Brassicaceae).  Physaria is Greek for “bladder” so the Physarias are the “bladderpods”.  Named by Asa Gray in 1860, it received its name after Dr. John Strong Newberry (who has a few other flowers named after him: Newberry Gentian, Fleeceflower, and Cinquefoil).  He was the first to collect it around 1859 on the San Juan Exploration Trip, led by John Macomb.  Newberry was not only the trip’s doctor, but also its Naturalist.  He studied geology, botany, and fossils, collecting many samples along the way. 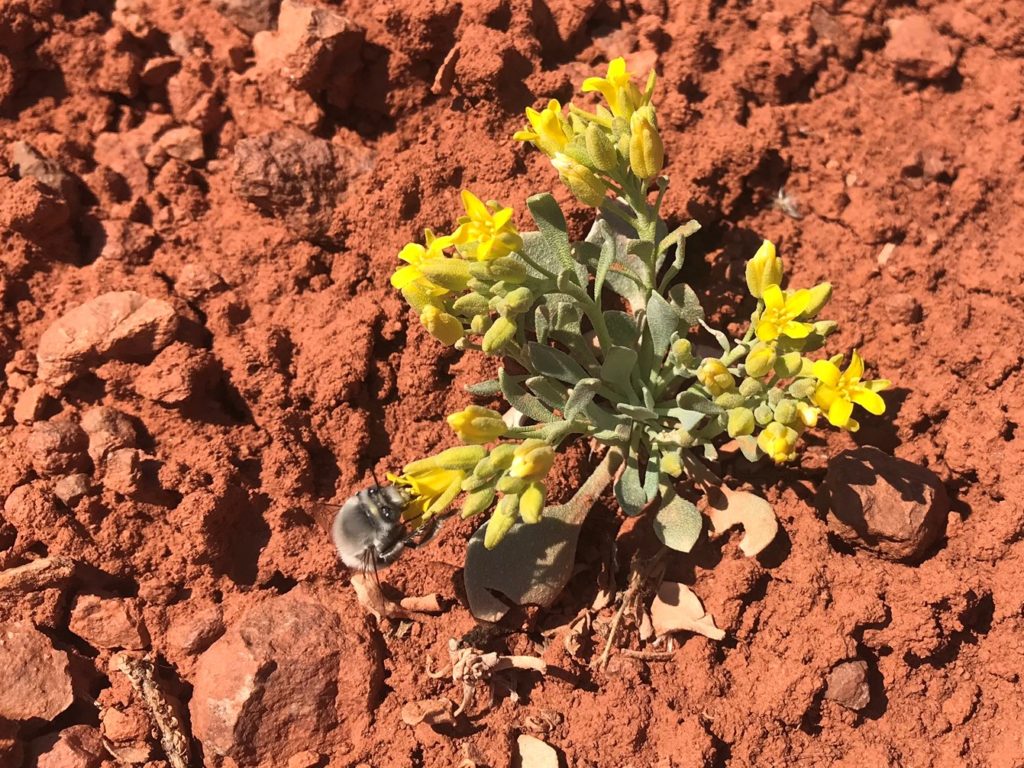 Newberry’s Twinpod is found in open areas, in shrublands, and in woodlands.  It blooms in Spring, and is found between 4,000 and 7,600 feet in elevation.  This one was found out Willow Springs Rd, at the Klonzo biking area with many other Twinpods in bloom.