Thoughts on playing outside during a pandemic

Moab is a community thriving on outdoor recreation, and we are super bummed out. The amount of opportunities for the ultimate adventure is unmatched anywhere, but like, can we go or nah? The COVID-19 Pandemic has raised questions concerning what recreation opportunities are responsible. There is no answer to these questions, and it’s ok to feel confused and conflicted about responsibility right now. Everyone is, we’re definitely all winging it. What I do think is that that there may be guidelines to follow to recreate safely. Here’s what we do know.

This is the primary goal we’re going for here. As we’re all probably aware, the CDC has reported an incubation period of 2-14 days before showing symptoms of the murder bug. This means that we could have contracted Covid-19, and we won’t have a clue for weeks in some cases. According to the WHO, the novel disease behaves in a similar way to other studied coronaviruses and may live on surfaces from several hours to several days. The virus can be eliminated with alcohol-based hand rub or disinfectant. No, that doesn’t mean accidentally spilling PBR on your hand counts, or does it? Finally, researchers from the New England Journal Of Medicine confirmed that the SARS-COV-2, the cause of COVID-19 could remain in the air for up to 3 hours. The CDC also recommends staying 6 feet away from anyone that may have contracted the spooky cootie, which could be anyone at this point.

How To Avoid Microscopic Serial Killers While Still Having Fun Outside.

According to the guidelines above, we need to avoid surfaces that haven’t been sanitized for hours or days. We need to keep 6 feet away from anyone that may have gotten the virus up to 2 weeks ago, and maybe don’t remain in the same place others have for up to 3 hours. Also, we probably should be avoiding anything that may put us into the hospital. The Moab hospital isn’t ready for this, guys. We don’t need to go in there with a broken leg because we totally botched it. You’re probably for sure definitely getting the murder bug if you go in there. Then you can’t see your dad—bummer dude. 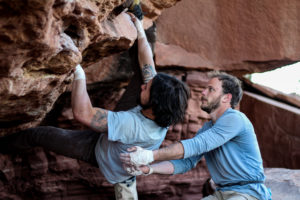 Well, climbing is out. Sorry, everyone. Unless you’re racking Lysol on your harness and spraying it into the crack, on the anchors, and on the holds while rappelling or being lowered, there’s a pretty good chance it’s gonna getcha. Also, everyone is staying in the same place for more than 3 hours, and probably touching all the same gear, because who has seven #2’s? We know you didn’t bring hand-sanitizer unless you bought some at the Gear Trader because we still have it. Wait, does PBR work? You probably shouldn’t go climbing for now. 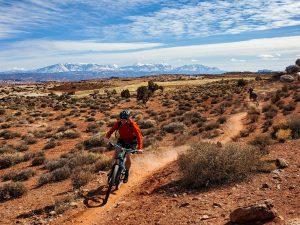 Mountain biking… now that might work. We’re not staying in the same place for 3 hours, we aren’t touching anything anyone else has, and we’re going super duper fast, so the 6 feet thing is in. As long as we aren’t going riding with the whole squad and taking breaks to catch our breath and breathing heavily on each other, mountain biking is ok. I think this applies to motorcycles too. Just don’t freakin send it over the handlebars, you maniac. Be responsible and don’t break yourself off getting rad when hospitals aren’t going to help you. And if they do have to help you, they probably hate you. Don’t be that guy. 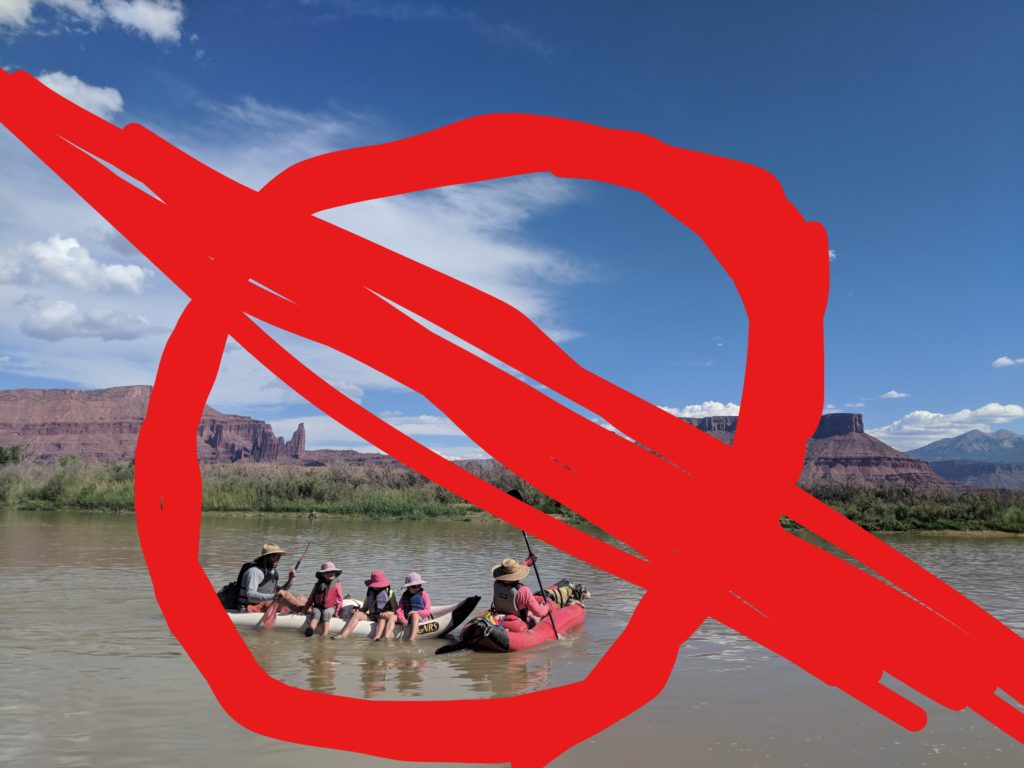 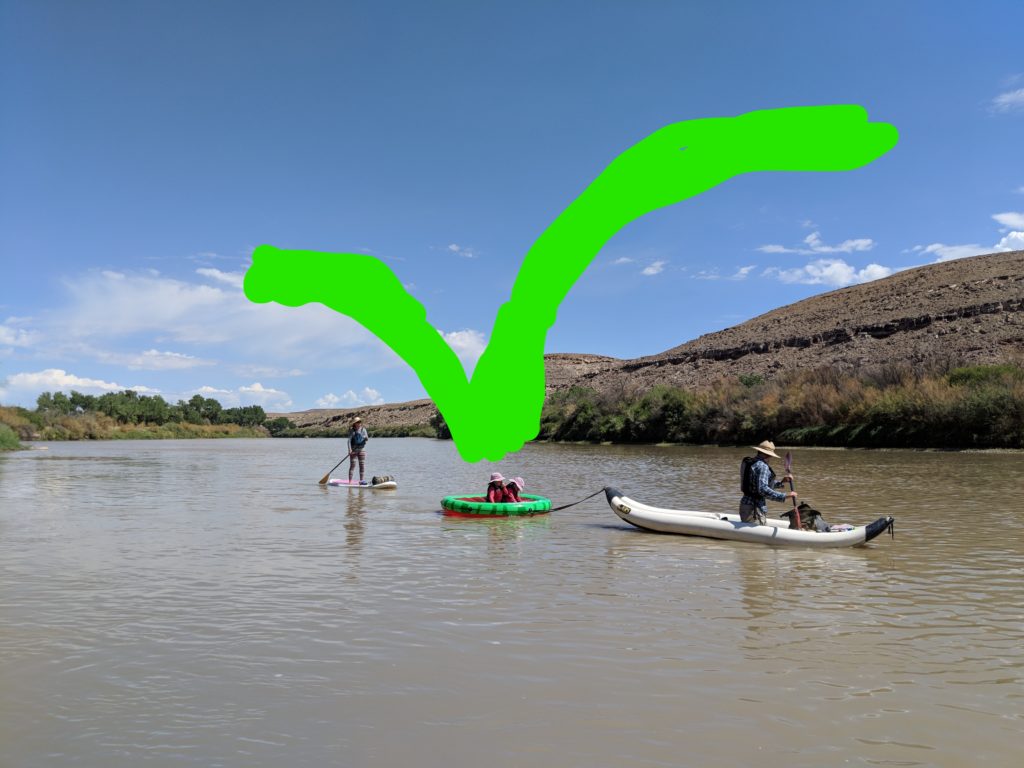 Let’s see here. Unless everyone is in different boats, the 6 feet thing is out. Everyone is touching the same surfaces if you’re in the same boat. Well, we’re all in the same boat, but that’s beside the point. I suppose you can Lysol everything, but does water get rid of Lysol quickly? There’s a lot of water in boats, because of the way it is. Again, does PBR work? I guess it all comes down to if PBR works. Uhm, yeah, probably don’t go boating unless you’re in different boats.

This one is a go for sure, I think. Low risk, so we won’t be making doctors and nurses bummed out. 6 feet away is pretty manageable. We aren’t staying in the same place for 3 hours unless we really suck at this. There are also little surfaces to touch. Yea, this one seems pretty legit. Just don’t choose the popular trails. Wait…everyone is choosing the least popular trails. Maybe choose popular trails? Idk, wash your hands, and don’t stop to chat, I guess. Probably perhaps don’t use the pit toilet. That’s for sure got the tiny spiky death orb. Don’t steal the toilet paper either. We need that for later. 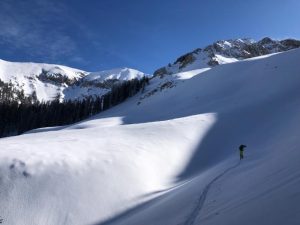 Alright, okay. Yes, probably? Don’t get caught in an avalanche dude. Your partner will try really really hard to arrive within 6 feet of you. I mean, you better hope they do. They will probably breathe pretty hard on you too, as the nature of digging your friend out of avalanche debris can be quite taxing, and they’re for sure trying to get to your head first. Yea, that sounds like you’ll probably get the virus, my friend. If you don’t wreck yourself in fast sliding snow, you can generally avoid the 6 feet thing. You probably won’t be in the same place for 3 hours as long as you aren’t with a splitboarder, those guys take forever to transition. There probably aren’t too many other people out there cause of the whole hospital thing. No surfaces to touch as long as you aren’t playing in the beacon park. Yea, North Wood’s laps are probably in. As long as your partners have been in quarantine with you or you don’t carpool and can stay 6 feet away for the parking lot beer. Again, does PBR work?  Cross country skiing is probably fine as long as you don’t use the pit toilet and stay 6 feet away from the person you may or may not be potentially murdering. 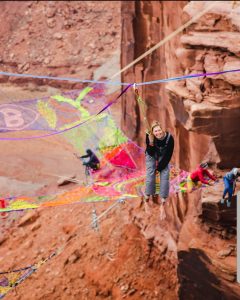 Let’s just dig right in here. Highlining involves climbing sometimes; you better be racking that Lysol. Everyone is using the same gear. You’re probably not maintaining that 6 feet of distance because the Highline is one singular thing. Everyone is for sure, in the same place for more than 3 hours cause those things take forever. Again, does PBR work? Pour it on the anchor? Lysol it? What about the whole line. Do we have to carry an entire PBR and spill it continuously on the line? Lysol seems hard too. Have you ever tried to walk a Highline while continuously spritzing a canister of Lysol on it? Seem’s implausible. Yeah, maybe highlining isn’t the one.

In all seriousness,  responsible recreation is quite crucial here. Maybe just limit your enjoyment to people you already gave the virus to, like you’re roommates or apocalypse pals. Whoever you’re around right now, probably just hang out with them and only them for a while. Like, maybe months and stuff. I hope you chose wisely. Also, let’s just really try as hard as we can not to give the hospital staff a hard time. It’s only going downhill from here. Consider this a guideline that may change, as the situation is changing constantly. When the time comes, please make sure you have a place to hunker down for a while. Please wash your hands and don’t cough on your dad, also.