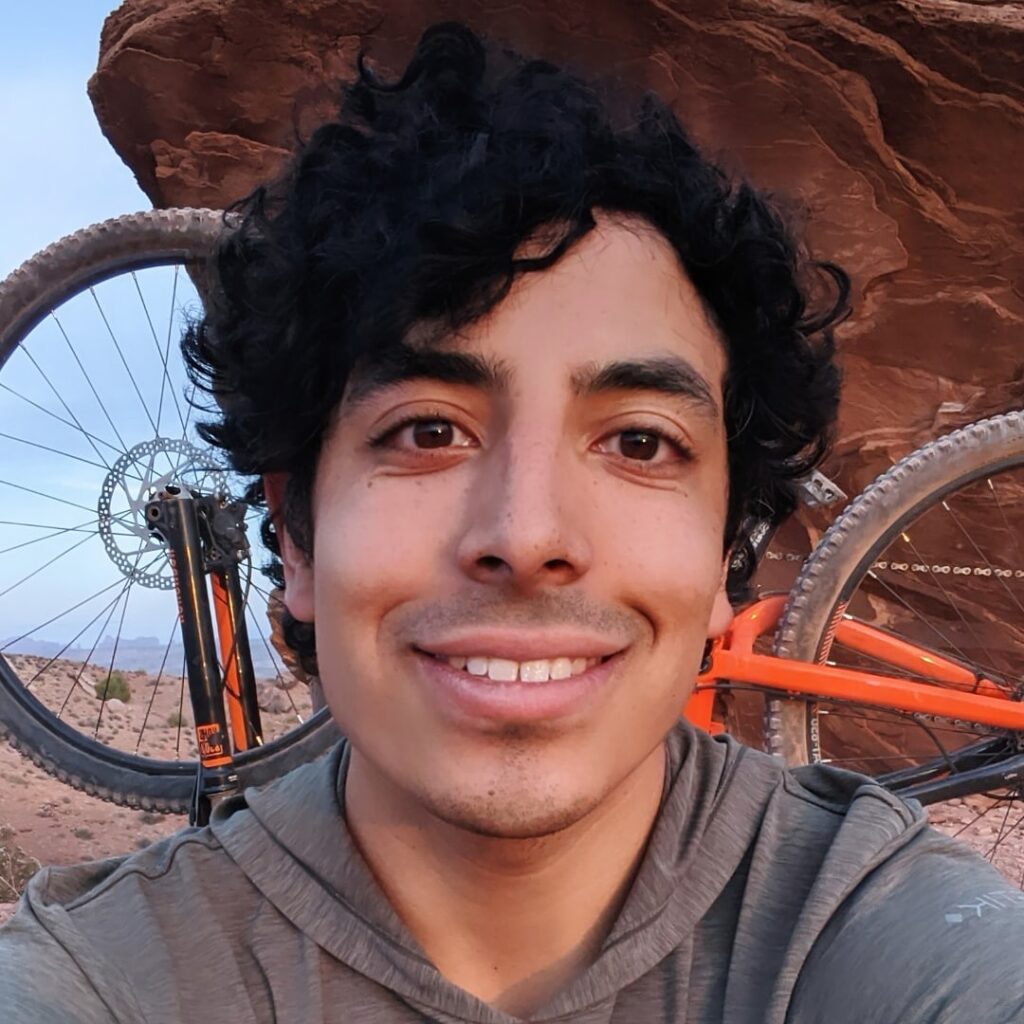 Originally from San Antonio Texas, John has been a part of the Moab Gear Trader family for nearly two years now. He arrived in Moab after a stint in the AmeriCorps VISTA program where he worked at the Moab Free Health Clinic.

John loves mountain biking and trail running which lead him to stick around Moab after he was done with his AmeriCorps service. When he isn’t exploring the trails around Moab you can find him playing soccer or trying to rally friends to play a game of basketball.

However, mountain biking is his favorite outdoor activity since it combines the need for technical route navigation and the daring of speed.

A few years ago John completed a backpacking trip to Nicaragua where he ventured deep into the jungles, climbed volcanoes, and learned more about his family’s roots. On that trip, he found that his hydration pack and helmet were his two most essential pieces of gear. Staying hydrated and protecting your head is crucial to having a good adventure!

John is currently a student and would eventually like to volunteer in a medical setting beyond the borders of the United States. Next time you’re in the shop say hi to John and ask him about his time in Nicaragua!

About the Author: Kaya Lindsay

Kaya Lindsay is a writer, photographer, and filmmaker focusing on women in the outdoors. She is a passionate rock climber with a strong desire to explore climbing on a physical, mental, and emotional level. She lives in Moab, Utah, and spends the majority of her time looking for wide cracks to hang upsidedown in. Find her on Instagram at @OneChickTravels for vanlife and rock climbing adventures!